What Really Happens When a Car Salesman Takes Your Offer to His Manager to Get the Deal Approved? 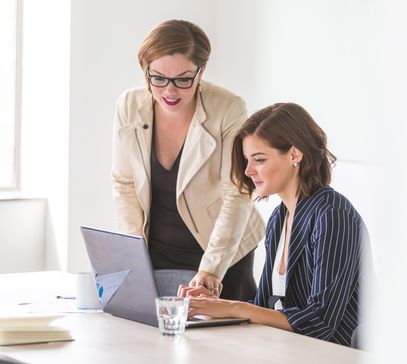 Photo by Matthew Henry from Burst

The ploy, “Let me go talk to my manager" is called a T O or a turn over. Most dealerships require that a salesperson do a T O before letting the customer leave, in other words, if they cant close the deal then they turn it over and let someone else try.

However, an experienced salesperson will use this as a tool and when they go into the managers office they will talk about lunch, weather, sports, whatever. My typical conversations with the sales manager consisted of the boss asking me what I had going, to which I'd typically reply something along the lines of…just another UP (customer) thinking they are a master of the game. I'd bullshit with him for a bit, then go back to my customer wearing a smile and saying…Great news!

You see, I already hit the customer high, I had room to move, but by acting like I got the ok on a deal from the manager, I let the UP think he out foxed me. Hell, I still had room for a couple more drops if needed and I'd bullshit longer with my boss each time…I'm here all day anyhow, I'm not going to get worn down.

An inexperienced or under producing salesperson doesnt use the TO as a tool, they use it as a life preserver when they simply cant close and already lost credibility by dropping the price themselves (Bad idea, if I act like I have such authority, then I look like a crook because I gave you a high price then dropped it on my own). They go to the manager, he comes out, usually pissed at the salesperson, greets the customer and practically gives the car away. The salesperson earns very little.

Back to the question, no a salesperson is not going to bat for you, being commission based, they are trying to earn a living.

I sold used cars for eight years, my biggest commissions came from those who thought they were experts in negotiating. The simple truth is we did this six days a week, 12 hours a day, 360 days a year. We sold or we starved. The typical person who put in a few hours on the internet reading up on how to beat a salesperson or brought his uncle louie who knew a guy whose brother sold cars for a few months along, really hasnt a chance if they come in with a attitude.

You want a fair deal?

Be straight up, be honest, be firm, and dont plan on buying on the first day out.

Tell your salesperson you're looking, you're serious, and you're ready to buy. Do not let them run your credit or take your license, just assure them your credit is fine and that you wont be test driving anything until a deal is agreed upon. Period.

Explain that since you are serious and ready to buy, you will be comparing prices at a few dealerships and that you hope they understand. Assure them you're not here to waste their time and that you would appreciate the same courtesy.

Get their price, thank them, ask for their card and tell them you'll be in touch no matter what decision you make.

Then leave. Visit a few more places. Compare notes, decide on the best deal for you, then call that dealership, ask for the salesperson you talked to before and say you're close and ask if they can do better.

All done? No, beware the finance TO, but that's another story.

If you have purchased or leased a vehicle in the Commonwealth of Virginia and believe you may have an auto dealer fraud case or another type of consumer law claim, please call our firm at 804-282-7900 for a free case review by a member of our intake team.

What Can You Do When a Dealer Takes Your Car Back in a Yo-Yo Sale?

Car dealerships do not finance car purchases themselves. They may offer you financing terms, but they will then attempt to sell the contract to a third party for those terms, and, if they can’t, they will come back to you for more money or for the car. This is known as a yo-yo sale because the dealer lets you go, then yanks you back just like a yo-yo on a string.

How do I know if I am a victim of auto fraud?

Some dealers utilize fraudulent and deceptive tactics during the vehicle purchasing process. Consumers who fall victim to auto fraud must take action in order to protect their legal rights

What is the Virginia Lemon Law and how does it work?

Under the Virginia Lemon Law, a "lemon" is a vehicle that has a problem that "significantly impairs the use, value or safety of the vehicle" to you. In addition, you must have given the dealership an opportunity to repair the significant problem (or problems), and the dealership has not been able to do so within a reasonable number of repair attempts.

What Constitutes a "Breach of Warranty"?

We purchase a vehicle expecting that it will last us several years. When the vehicle fails to live up to reasonable expectations, consumers may be rightfully upset. Fortunately, even if the vehicle’s defects are discovered more than 18 months after the date of purchase, you may still have legal protection.

How Can I Protect Myself When Purchasing a Car?

People often complain to us that they purchased a car that was previously in an accident. There are two things you must do when purchasing a car, either new or used.

Why You Should Retain The Consumer Law Group, P.C. Rather Than a National "Mill" Firm