When You Are Forced to Settle a Dispute Through Arbitration, it May Not End Well for You 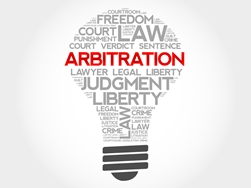 Arbitration is simply the process of settling a dispute through an arbitration committee, rather than through the court system. In voluntary arbitration, the two parties agree to accept the ruling of the arbitrator and understand that the arbitrator’s decision is final. This process can save a great deal of time and money, but if both parties are not sold on the idea, it can be problematic.  Furthermore the arbitrator is paid for by the defendant, and thus may not be as neutral as a judge in court.

How can you be forced to settle a dispute through arbitration? Some companies, including car dealers, make agreeing to arbitration a condition of doing business. For example, when you sign a contract to buy a car, there is likely a clause in the contract requiring any disputes that arise from the sale should not go to court where you would request a jury trial, but must go through arbitration. While you may not have noticed this clause, or perhaps you didn’t understand what you were agreeing to, you will be held to it should a dispute arise. When you agree to arbitration, you give up your right to sue the other party in court if their side of the agreement is not upheld. You will be forced to accept the decision of the arbitrator and will have no realistic right to appeal their decision. Companies almost always have the advantage in arbitration, so, if you have the choice, it is best not to agree to settle disputes through arbitration.

You Probably Will Not Have a Choice