Volkswagen's Emissions Scandal Settlement Has Been Announced, But Should You Accept It? 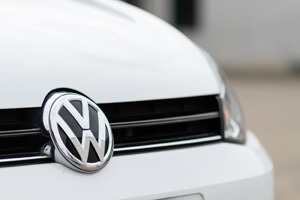 As you may know, Volkswagen has admitted that beginning in 2009 it has been installing a device, called a “defeat device”, in certain VW diesel vehicles that falsified the readings of the actual emissions that came out of the vehicle when it was being tested.

The Environmental Protection Agency called this device a “switch”. This “switch” is software in the electronic control module (ECM) of these vehicles that sensed when the vehicle was being tested for compliance with EPA emission standards. The “switch” senses whether the vehicle is being tested or not based on various inputs including the position of the steering wheel, vehicle speed, the duration of the engine’s operation, and the barometric pressure.

During EPA emission testing, the vehicles’ ECM ran software which produced compliant emission results under an ECM calibration, called a “dyno calibration”. At all other times during normal vehicle operation, the “switch” was activated and the vehicle ECM software ran a separate “road calibration” which reduced the effectiveness of the emission control. As a result, emissions of nitrous oxide (NOx) increased by a factor of 10 to 40 times above the EPA compliant levels, depending on the type of drive cycle (e.g. city, highway).

Once this was discovered last fall, all hell broke loose. Hundreds of lawsuits were filed against Volkswagen, most of them class actions, and the lawsuits were consolidated in what is called multi district litigation, in a federal court in Northern California. (The Consumer Law Group chose not to file a class action since we did not believe the settlement offer VW would agree to would be large enough and it would be unfair to get paid a lot of money for being the class lawyer while our clients received a pitiful settlement.)

If you own one of the affected vehicles covered by this class, then you are a member of this class, whether you filed suit or not. Between September and now, VW and the panel of attorneys for the class, appointed by the court, and VW’s lawyers have been working on a class action settlement. That settlement has now been agreed to by VW and the lawyers representing the class, which included you.

The Following VW/Audi Vehicles Are Covered In This Settlement:

The Settlement VW Has Offered (and Hopes You Accept), Is One of Three Options:

1) It will buy back your car at its value in September, 2015 in an amount it has determined based on NADA values, or allow you to terminate your lease, plus payment of cash in the amount of between $5000 - $10,000, depending on the vehicle. Please go to VWCourtSettlement.com or call 1-844-98-CLAIM for more specific information.

2) You can keep your car and have its emissions system modified to be compliant with EPA standards, which is permitted to take as long as May 1, 2018.

3) You can do nothing and continue to drive your car, however, in Virginia it is illegal to drive a vehicle containing a defeat device. (Va. Code § 46.2-1948) When Virginia authorities will begin to enforce this law for these vehicles is unknown.

What If You Aren’t Interested in the Available Settlement Options?

Every owner that does not want to accept the settlement offer must Opt Out of the settlement by mailing al letter to the court approved claims supervisor post marked no later than September 16, 2016. Mail this letter, asking to remove yourself from the class Action Settlement, to Opt Out VW Settlement, P.O. Box 57424, Washington DC 20037. If no Approved Emissions Modification becomes available by May 1, 2018, you may withdraw from the Class Action Settlement from May 1 – June 1, 2018. Presumably you could then pursue other settlement options.

If you have questions about the details of the VW settlement offer, please go to VWCourtSettlement.com or call 1-844-98-CLAIM.