What is arbitration and why is it bad for consumers? 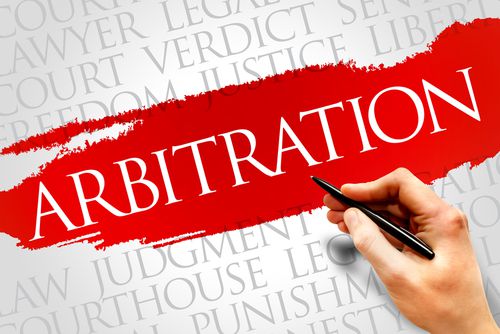 agreed to? We do it all the time. Those agreements are long and hard to understand, so many of us skip over them without even thinking about what it could mean later on. We simply sign on the dotted line or click the “I Agree” button and forget about it. However, since a 2010 U.S. Supreme Court decision, many of those agreements now contain a clause that takes away the signer’s right to sue if something goes wrong with the product or service you are buying. Instead of suing the company for damages, you have agreed to take the issue to arbitration.

What’s So Bad About Arbitration?

When a legal issue is decided by arbitration, the courts are taken out of the equation. Instead of a judge presiding over your case, a neutral party, called an arbitrator, hears both sides and makes a ruling. The ruling by the arbitrator is legally binding. Also, most states cap the amount of money that can be awarded in arbitration. Disadvantages to the consumer in the arbitration process include the following:

What Can You Do?

Clearly, the arbitration process favors the corporation, not the consumer. So what can you do to protect yourself? First, read the fine print. Whenever possible, especially with large purchases, do not agree to a contract that takes away your right to sue. The clause will sound something like, “You or we may elect to resolve any claim by individual arbitration. Claims are decided by a neutral arbitrator.” This will be difficult as almost every agreement you sign these days—car loans and leases, credit cards, insurance policies, bank accounts, student loads, and nursing home agreements—includes an arbitration clause. Major companies such as Netflix, Amazon, Groupon, Verizon, and Chrysler also have these clauses in their agreements. If you do become a victim of an arbitration scam, make some noise. As consumers who took on the arbitration clause at General Mills discovered, consumers can organize a protest and make themselves heard. If you are confused by what to do when faced with an arbitration clause, call The Consumer Law Group at 804-282-7900 to get your questions answered.