What is title washing and is it Auto Fraud? 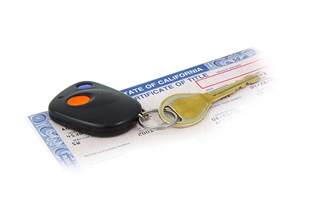 Buying a used car is always a bit of a gamble. Looks can be deceiving and a clean-looking car could be hiding dark secrets. In most states, the car’s title should give you reliable information about past sales and any major damage it has endured. However, because there is no federal standard for used-car title branding, laws vary from state to state and dishonest sellers will take a car that has been damaged to a state with loose title laws to get a clean title issued. This is called title washing and it is illegal.

What Is Title Branding?

In Virginia, there are a variety of designations that may be put on a car’s title depending on its history. These are known as title brands. Even a car that has been totaled can still be resold, but at least the buyer will know what they are getting. Virginia title brands include the following:

However, if you are buying a car with a title that was issued in another state, the brands could be different or nonexistent.

If a dishonest seller has a car with a title that is branded negatively, the seller may take it to a state with looser or no branding laws and get a new title issued. This title will make it look like the car has had no major repairs and no significant damage. An example of widespread title washing happened after Hurricane Katrina. Thousands of cars that were completely submerged in water were taken to states with no title branding for flooding and issued clean titles. Owners did not discover the water damage problems until it was too late.  You can expect similar problems as a result of the over 1 million cars that were flooded in Florida and Texas in the summer of 2017 hurricanes.  It is highly recommended that you have a professional body shop, not connected to the seller to inspect your car for flood or prior accident damage.

This Practice Is Illegal

Even though these clean titles are being issued according to individual state laws, it is still an illegal practice. Be wary when buying a used car. An inspection by a mechanic you trust could uncover problems not revealed on the title.

While it can be hard to pursue these sellers for fraud, if you suspect a used car dealer in Virginia is washing titles as a general practice, you should report it to the Virginia Department of Motor Vehicles and contact the Consumer Law Group in Richmond at 804.282.7900.