What VW’s Guilty Plea May Mean to Volkswagen Owners 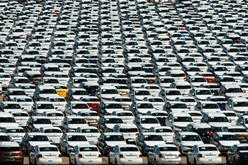 Following an investigation in 2014, it was discovered that Volkswagen had been cheating on emissions testing since 2009 by installing “defeat devices” on certain diesel models. These devices falsified readings of emissions in order to meet emissions standards set by the Environmental Protection Agency (EPA). By doing this, VW deceived its customers, who thought they were buying fuel efficient and non-polluting cars, and the U.S. government in order to sell more cars. When the results of the investigation were discovered, hundreds of lawsuits were filed on behalf of VW owners. Most of these lawsuits were class actions and they were consolidated into multi-district litigation by a federal judge. Volkswagen agreed to a $1.5 billion settlement to be paid out to participants of the lawsuit, but has now also pled guilty to criminal charges.

What Does the Guilty Plea Mean to You?

A guilty plea from an automaker is unusual. Neither General Motors nor Takata, for example, were brought up on criminal charges following their safety scandals. What VW’s guilty plea means to consumers is unclear at this point. As part of the verdict, the company has been ordered to pay an additional $4.3 billion fine to the U.S., but that money is not part of the multi-district legislation.

At the Consumer Law Group, P.C.  we previously encouraged VW owners to file independent claims against VW because we did not believe the agreed-upon settlement amounts in the class action were sufficient. It is possible that this guilty plea will help those individuals suing VW for fraud, violations of the Virginia Consumer Protection Act, and violations of the Lemon Law. VW has pled guilty to charges of participating in a conspiracy to defraud the United States and their U.S. customers and to violate the Clean Air Act by lying and misleading the EPA and U.S. customers. This verdict could provide strong evidence to support individual claimant’s charges of fraud.