Are You Having a Problem With a Medical Debt Collector? Find Out What You Can Do About it Here 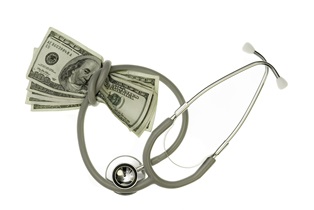 One of the most common kinds of debt people face is medical debt. While you can put off many purchases when money is tight, healthcare is one cost you cannot avoid. Whether a person has no health insurance, is underinsured, or is battling his insurance company for coverage, it is very easy to accumulate a lot of medical debt in a short period of time. While you are figuring out how to pay these astronomical bills, your healthcare provider will pass them on to a collection agency and now, suddenly, you are being harassed and threatened with a lawsuit. Is there anything you can do about it?

You Are Not Alone

The first thing to realize is that you are not alone. While a bill collector may make you feel like a criminal, you are certainly not the only person with medical bills they cannot pay. In fact, people are often contacted about medical debt that is not even theirs to begin with. According to a study conducted by the Public Interest Research Group (PIRG), most of the medical debt complaints received by the Consumer Finance Protection Bureau (FFPB) were about mistakes made by the debt collector. The study found that:

So, what can you do about mistaken debt or abusive debt collection practices?

You First Need to Understand Your Rights

The federal Fair Debt Collection Practices Act affords you certain rights, even if you do legitimately owe the debt. Review your rights here so you know if a debt collector is violating them. Other steps you should take include the following:

At The Consumer Law Group, P.C., we help clients end debt harassment. If you have been unable to get debt collectors off your back, fill out the form on this page and tell us about it. If we can help, we will let you know.
Be the first to comment!
Post a Comment