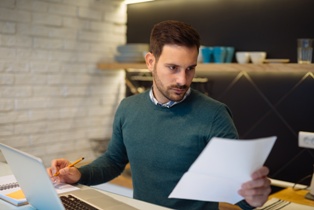 Technical service bulletins (TSB) are notices sent from auto manufacturers to dealers informing them of issues that have emerged after a vehicle left the factory. Unlike recalls, TSBs focus on non-safety related issues such as parts that fail prematurely or don’t function as they were intended. The bulletins outline how to diagnose and repair a problem, providing instructions for what tools to use, what parts are required, and how to make the repair. So how can these notices help you? We explain.

Why You Should Monitor TSBs for Your New Car

Just because a TSB has been issued for a problem with the make and model you own, it does not mean your car will develop the problem. Automakers usually issue them when they have received a large number of customer complaints about the same issue. Unlike a recall notice, a TSB does not entitle you to a free repair of your car, but it is sometimes a precursor to a recall. For example, General Motors released a TSB in 2005 for the ignition switch defect that eventually caused 124 deaths and led to the 2014 recall of 30 million cars worldwide. TSBs are sent to service technicians, not car owners, so you will have to seek out the information yourself.

How to Get TSBs for Your Car

The National Highway Traffic Safety Administration (NHTSA) provides a summary of many TSBs on the same website that tracks recall notices. By entering your car’s make and model, you can see if any TSBs have been issued for your car. You can order a copy from the website for a nominal fee, but it can take four to six weeks to actually receive it. Some repair shops will show TSBs to customers, particularly if you ask about a specific issue. You may even be able to get a copy from the automaker, but there may be a significant fee. Companies such as All Data DIY sell subscriptions to past TSBs for people maintaining older cars but do not have access to TSBs as they are released from the manufacturer.

How a TSB Could Help Your Lemon Law Claim

A TSB provides evidence that the problem you are having with your car is known to the manufacturer and has been experienced by other owners.  It can be evidence the problem exists if they claim they could not duplicate the problem.   If you are still within the warranty period and the dealer has been unable to fix the problem after several tries even with a TSB, you could have a strong Lemon Law claim. If you need assistance proving a Lemon Law claim, call our Richmond office.