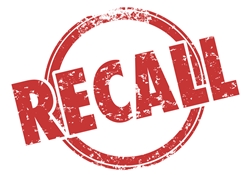 Most of us don’t know a whole lot about the cars we drive other than the fact that we need to put gas in them and take them in once in a while for maintenance and repairs. We do know, however, that when a safety recall is issued for a car we own, it is essential that we get the defect repaired as soon as possible. That is why it is so hard to believe that the Federal Trade Commission (FTC) in its settlement with General Motors (GM) and two other dealer groups failed to take action to prevent the sale of used cars with unrepaired safety recalls.

The Case Against General Motors

According to complaints filed with the FTC, GM and its dealers advertised cars as "certified pre-owned" despite not repairing open safety recalls on the vehicles. These open recalls included unrepaired vehicles affected by the ignition-switch defect, which resulted in at least 124 deaths. In the settlement reached between the FTC and GM, along with two other dealer groups, the auto companies agreed to stop advertising used cars as safe or describing them as having been rigorously inspected when they haven't received recall fixes.  This settlement is now being opposed via a lawsuit in federal court.

The Problem With This Settlement

While the agreement may seem reasonable, the FTC failed to take the opportunity to ban the sale of used cars with open recalls altogether. Instead, car dealers must disclose somewhere in the paperwork that the car has an open recall. This disclosure is, of course, important, but it may be overlooked by the consumer because the dealer will put the disclosure is the stack of documents the customer signs to purchase the vehicle.  Consequently the purchase could end up driving a car off a used-car lot with a serious safety defect. Safety advocacy groups such as the Public Interest Research Group (U.S. PIRG) call for stricter regulations regarding used car sales. In a recent study conducted by the group, they found that nearly 20 percent of cars on used car lots had unrepaired safety recalls, including the defects resulting in the following:

Even with the requirement to disclose this information, dealerships that do not educate consumers put them at risk of driving an unsafe car.

At the Consumer Law Group, we encourage consumers to beware when shopping for used cars and to look for open recall disclosures.  So in every purchase ask if the car has any open recalls.  Try to always have a witness with you.  If  you discover the car you bought had an unrepaired recall that was not disclosed, you may have a case against the dealer for fraud.