When Tech Complaints Become Legitimate Defects, You May Have a Lemon Law Claim 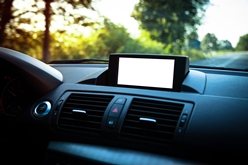 According to a recent survey by J.D. Power, problems with technology now top their list of consumer complaints in their annual Vehicle Dependability Study. While automakers tout the advantages of the many new tech features offered in their cars, drivers often struggle to use them and become frustrated. When is one of these problems just an annoyance and when is it cause for a refund or replacement vehicle? We look at technology malfunction and Virginia’s Lemon Law here.

One of the biggest problems consumers reported in the survey was using the voice-recognition systems in their new cars. They reported frequent misunderstanding of commands, leading to frustration and dangerous distraction behind the wheel. Ranking equally to this complaint were problems with Bluetooth connectivity between the driver’s phone and the car. This connection is necessary to make hands-free phone calls, hear text messages, and play music from personal catalogs. Also in the top ten were complaints about navigation systems. Users complained that they were too difficult to use or that they were inaccurate. Combined, these complaints about technology accounted for 24 percent of all complaints noted in the survey. Because the survey looks at new car dependability, consumers are surveyed after they have owned the car for three years. That means that these problems with technology have been going on for three years. In some cases, these problems could justify a Lemon Law claim, if the legal complaint was filed within the Lemon Law Rights period - as defined in Virginia's Lemon Law.

When a Complaint Could Become a Lemon Law Claim

Dissatisfaction with how a system works does not necessarily mean there is a defect that requires repair. User interface is a complicated issue and some cars do it better than others. Often, car makers are able to issue a software patch to fix technological glitches and some connectivity issues are more a problem with the phone than with the car. However, if your voice recognition, Bluetooth, or navigation systems fail to work despite several attempts to fix them, you may have cause for a Lemon Law claim. While these failures don’t necessarily affect the car’s safety or drivability, if they do “significantly impair the use or market value of the car,”  then you have a legitimate Lemon Law complaint. Be sure to document every trip to the dealer for a tech complaint to begin building a claim.

If you are not sure if your car’s tech problems qualify for a Lemon Law claim, contact the attorney who co-wrote Virginia’s Lemon Law, John C. Gayle, Jr., at The Consumer Law Group, P.C.  today. We will help you understand the law and how to determine if you have a claim. Connect with us through the form on this page.