What are the chances I will end up buying a used car that was donated to a charity?

You’ve heard the ads and seen the billboards: Donate your used car to charity and get a tax deduction. Clearly, this appeals to many people as over 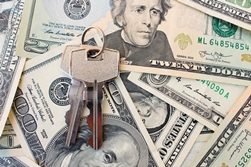 700,000 cars and trucks are donated to charities nationwide each year. Most of these vehicles are donated because they are not worth enough for the owner to make the effort to sell them privately. This may leave you wondering, where do all these used cars go? And, even more importantly, if I buy a used car for my teenager, what are the odds it was one of these broken-down charity cars? It turns out, the odds are probably pretty low.

How Does a Donation Work?

Most car donations work in a similar way. Someone sees a billboard on the highway and calls the posted number. They are asked a few questions about the car—although most charities will take any used car—and arrangements are made for the car to be picked up. The donor transfers the title of ownership and gets a receipt verifying the donation. The minimum tax write-off for the donor is $500, but he or she will have to itemize their deductions in order to take advantage of the deduction.

What Do Charities Do With Donated Cars?

According to charity insiders, there are several options for the cars that are donated. None of these options are likely to send a car to a typical used car lot, so buyers are not at great risk of buying one of these clunkers. Donated cars may be:

While there is some controversy surrounding the tax write-offs and actual profitability to charities of car donation programs, there has not been a backlash from cheated used car buyers. You should always conduct a title search when buying a used car to make sure it was not flood-damaged or salvaged at any point it its history, but you are fortunately not likely to be stuck with a donated clunker.