What happens when my credit dispute is not resolved to my satisfaction? 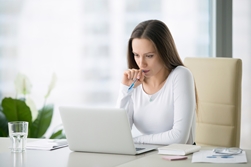 When you find a debt on your credit report that is not yours, it is up to you to file a dispute so that the debt is removed from your report. Unpaid debt can negatively affect your credit rating and prevent you from being able to be approved for loans or to qualify for lower interest rates. In order to properly challenge a debt, you must dispute it with both the creditor and the consumer reporting agencies (CRA). CRAs are required to follow certain procedures when a debt is disputed.

How to Dispute a Debt

If you are checking your three credit reports every year as recommended, you may discover mistakes on a report that lower your credit rating and affect your ability to get a loan. When the problem is a debt that you don’t recognize as being yours, you need to inform both the creditor who claims it is your debt and the CRA reporting the debt. To do this, you will have to write letters and attach documentation to both the creditor and the CRA that proves the truth of your dispute.  Keep copies of the letters you send for your own records.  Send the letters with a return receipt requested or via Fedex or UPS so you can prove the CRA and creditor received your dispute.

What the CRA Will Do Next

When a CRA receives a letter of dispute, they will investigate the merit of the claim and take one of the following actions:

When Your Dispute Doesn’t Go Your Way

If the debt is not removed from your credit report according to your wishes, you may file a statement of dispute which will require the CRA to place a note on all future credit reports that you dispute the information contained in the report. While this does not completely solve the problem, it does let potential creditors know that you have filed a dispute.

When to Take Legal Action

If you are not able to resolve a dispute with a CRA, you may seek litigation in a private action, but only if you can prove willful or negligent noncompliance by the CRA. Contact The Consumer Law Group, P.C.  to discuss your situation and determine if you have a case of a Fair Credit Reporting Act violation.