Consider Cars With Few Complaints, But Be Aware There May Still Be Problems

Perception is a funny thing. We are influenced by many factors when we form opinions, and not all of them are based on actual fact. When it comes to 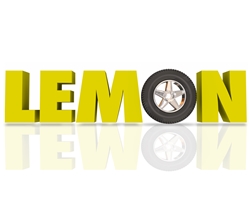 car brands, consumers are clearly influenced by long-standing beliefs that may no longer hold water. For example, American car buyers perceive Japanese cars as being the most reliable cars on the market and many buyers are dead set against buying American cars based on their reputation for being poorly made. We hold luxury brands in high regard and assume that inexpensive cars are unreliable. According to the consumer research company J.D. Power, while these perceptions may be based on reputation, they persist even though the auto industry has changed a great deal over the years. Having said that, a recent survey finds that Americans are still happiest with foreign cars.

The automotive review website AutoGuide.com recently released the results of its member survey about the quality of new cars. While not an official registry of certified “lemons,” the survey does take into account owners’ reports of vehicle problems in the first year of ownership.  Given an industry average of one lemon per 1.14 million vehicles produced, the following carmakers performed better than average:

Cleary, Toyota and Honda lead the way in customer satisfaction, supporting the perception that Japanese cars are better quality. Looking down the list, however, you will find that Mazda, Acura, and Scion produce more lemons than the major American automakers and two of the worst performers are luxury brands Cadillac (1 lemon for every 103,000 cars produced) and Porsche (one lemon for every 126,000 vehicles). The bottom line is that you should do your research before buying a new car and understand that any make or model could be a lemon.

What to Do If You Have a Lemon

Do not allow your perception of the quality of your new car to influence the reality. If you are having repeated problems with your new car—even if it’s a Toyota!—it’s important that you document the repair attempts and put the manufacturer on notice. If that gets you nowhere, contact our office for help.