What the LifeLock Settlement Tells Us About Identity Theft Protection

Every consumer is at risk for having his or her identity stolen. When you know this and make every effort to protect yourself, including paying for identity protection services, you should have the peace of mind that your personal and financial information is safe. However, as the recent lawsuit against LifeLock shows us, there may be no sure way to protect yourself from identity theft.

What Is an Identity Protection Service? 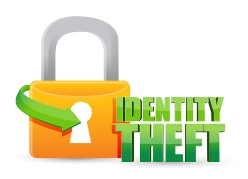 the activity to you. For a monthly fee, they promise to protect you and your assets from identity theft. However, the services most of them offer to do nothing to actually protect you. Rather, they monitor your financial records the same way you could do yourself for free. The false peace of mind they give their customers may even put you at an increased risk of identity theft as you may be less likely to use caution with bank and credit card records.

What Did LifeLock Do Wrong?

The LifeLock lawsuit stemmed from the company’s advertising claims, which promised customers protections it didn’t actually provide. LifeLock had been ordered to stop making false claims in a 2010 settlement but failed to do so. According to the 2015 charges, LifeLock violated the 2010 order by doing the following:

As a result of these violations, LifeLock was ordered to pay $100 million, $68 million of which may be used to refund customers who have filed a class-action lawsuit against the company.

What Lessons Can We Learn From LifeLock?

While LifeLock may not have actually monitored and secured customer information as they promised to do, many experts warn that there is no way to completely secure your personal information and that the best thing to do is to closely monitor your own accounts and credit reports for any signs of unauthorized activity. If you do discover that you have been a victim of identity theft, you should take action immediately to protect yourself from further damage.