Your Rights Under the Telephone Consumer Protection Act (TCPA) 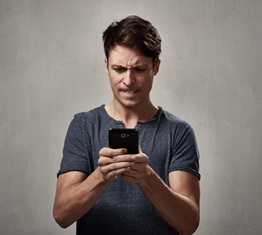 We have all gotten those annoying calls just as we are sitting down to dinner—someone trying to sell you something you do not want or need. Even as many of us have gotten rid of our landlines and opted to go mobile, telemarketers eventually find us and not only call our cell phones, but send text messages as well. What most of us do not know is that many of these calls and messages are completely illegal. Discover your rights under the Telephone Consumer Protection Act (TCPA) of 1991 so that you can put an end to these calls.

What the TCPA Prohibits

In general, the TCPA limits when and how often a telemarketer can call and bans the use of pre-recording automated robocalls. Following are the key provisions of the TCPA:

As this act was written before cell phone technology was fully developed, the original text does not include text messaging, but that has since been included as well. Calls that are exempt from the TCPA include calls made on behalf of a non-profit organization, calls not made for commercial purposes, and calls that do not include an unsolicited advertisement.

What Consumers Can Do to Protect Their Rights

The first step in stopping telemarketers is to place your name on the Federal Communications Commission’s (FCC’s) Do Not Call list. If, after that, you continue to receive unsolicited calls—or you suspect a company of illegal robocalls—you may take legal action, including the following:

If you have taken these actions and are still being harassed by a telemarketer, fill out the form on this page to see if we can help. We will get back to you as quickly as possible.