What Are Debt Buyers?

Whether intentionally or because we simply lose track and forget, debts can go unpaid for years. It might be a store credit card you forgot about or a 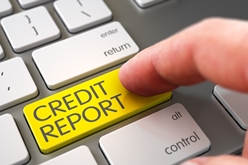 utility or hospital bill that never got paid. When this old, unpaid debt suddenly shows up on your credit report, it is likely because the debt was bought from the original creditor—for pennies on the dollar—by a debt buyer who is now employing sneaky tactics to collect the debt. The buyer may first contact you directly to try to solicit payment. If that doesn’t work, it may report the debt to a Credit Reporting Agency (CRA) and “park” the debt on your credit report. When it does this, it often alters the date of the original debt so that it looks to creditors like it is new debt that you have failed to pay. Debt buyers do this to try to intimidate you into paying them for the debt. Very often, the statute of limitations for collecting on the old debt has run out, making it illegal for a debt buyer to try to collect the debt.

Why This Is Illegal

The Fair Credit Reporting Act (FCRA) protects consumers from this practice in two ways. First, it requires a creditor to inform the consumer when it is reporting negative information about you to a CRA. Second, it limits the amount of time negative information can remain on your credit report. When debt buyers fail to inform a consumer that it has reported the debt to a CRA or falsifies dates in order to park old debt on your credit report, it is breaking the law.

What You Can Do About it

There are several steps you can take before contacting a consumer attorney to help you remedy the situation, including the following:

If You Need Help, Call The Consumer Law Group

If neither of these steps works for you, contact the Fair Credit Reporting act attorney at The Consumer Law Group. We understand the dirty tactics of debt buyers and we will walk you through the dispute process to help you fight for your rights. Call us today at 804-282-7900.